Photographer Kunal K. Singh documented Grizzly 399 in a rare photograph taken last June that shows her protecting her cubs after another bear got too close for comfort. Photo by Kunal K. Singh

Grizzly 399, often called the world’s most famous grizzly bear, has a fan base of wildlife watchers that numbers in the hundreds of thousands. Each year, dozens of paparazzi attempt to record her every waking moment, from the time she emerges from her den in the Greater Yellowstone Ecosystem in the spring until the time she goes back into hibernation in the late fall. She even has two entire books devoted to her.

This week, 399, as she was named by scientists who study grizzly bears, made news again when a photographer spoke to the media about how he documented her in a rare photograph taken last June that shows her protecting her cubs after another bear got too close for comfort. The photo shows 399 standing on her hind legs while her four cubs hide behind her. “My adrenaline was going when I saw her stood up, because it was a once-in-a-lifetime shot,” photographer Kunal K. Singh told South West News Service.

Grizzly 399’s popularity shows just how much Americans love grizzly bears. While sighting a bear like her, one of the world’s oldest grizzlies, is truly a once-in-a-lifetime event, many Americans flock to Grand Teton and Yellowstone national parks each year for a rare glimpse of any grizzly bear. Those who do return home with photographs and memories they will cherish for a lifetime.

Unfortunately, it appears that some lawmakers and appointed officials in the states these parks are home to would rather offer these charismatic animals to trophy hunters shopping for grizzly bear heads and hides for their living rooms.

According to news reports, wildlife managers in Wyoming are now pushing for delisting grizzly bears, who are listed as “threatened” under the federal Endangered Species Act, with the false claim that the species has “more than recovered”. Also, lawmakers in Montana are now considering a bunch of terrible bills, including one that would allow the state to open season on grizzly bears were these animals to lose their ESA protections and another that would allow a longer wolf-trapping season and a snaring season, which could also be detrimental to grizzly bears who could be caught in these snares. Yet another bill in Montana would allow a black bear hound-hunting season which could likely result in grizzly bear cubs also being chased and killed.

It is estimated that there are fewer than 1,800 grizzly bears now surviving in the lower 48 states, including the Greater Yellowstone Ecosystem which spans Idaho, Montana and Wyoming. Although their numbers have slowly increased since they were listed under the ESA, they have far from recovered. Grizzly bears are notoriously slow to reproduce, and the threats they face, mostly from human causes, have only increased in recent years. These animals are also grappling with dwindling food resources and state wildlife managers who unfairly malign bears based on perceived threats to cattle, even where there is little evidence that individual bears actually pose a significant threat to cattle or other animals grazing on federal and private land.

In 2017, the Trump administration attempted to prematurely delist grizzly bears in Yellowstone, as a handout to trophy hunters, but we stopped this terrible effort in its tracks with a federal court victory in 2018. In 2020, an appeals court upheld the ruling, ensuring Yellowstone grizzly bears continue to be protected from trophy hunters. The courts agreed that the U.S. Fish and Wildlife Service cut corners and ignored science when it rushed to remove federal protections for these animals. The courts also recognized that the government failed to consider the impacts that removing protections for grizzly bears in the Yellowstone ecosystem would have on other, even more imperiled, grizzly populations in the United States. We hope the Biden administration follows the science and keeps these iconic species protected.

Grizzly bears still desperately need our protection. These are immensely intelligent animals who form strong family bonds. 399 is known to have raised as many as 20 cubs, although many did not survive and some were killed by people, further illustrating how fragile grizzly bear populations are. She is, by all accounts, an extremely devoted mother who has learned to skillfully navigate busy highways around the park as she moves around with her cubs. According to one anecdote, those skills were further sharpened after one of her cubs, Snowy, had a fatal car collision a few years ago. She will now come to a road, stop, wait for her fan club to stop moving vehicles, and when the vehicles come to a halt, “she beelines it across the road with her cubs,” says Kristin Combs, executive director of Wyoming Wildlife Advocates, who calls herself one of 399’s biggest fans.

Wyoming and Montana lawmakers need to remind themselves that Yellowstone’s grizzly bears are far more valuable alive than dead to their constituents, and to the hundreds of thousands of tourists who flock to the national park each year. Irresponsible wildlife management will only result in these iconic animals being lost forever. We are now asking wildlife photographers to join us in a letter to Gov. Greg Gianforte of Montana, asking him to protect grizzlies and other precious wildlife in Yellowstone. If you live in Montana, please urge Gov. Gianforte to veto the bevy of bills that may be headed for his desk and that would harm grizzly bears as well as other wild animals, including black bears and wolves.

The post Americans love grizzly bears, but Montana and Wyoming lawmakers are not getting the message appeared first on A Humane World. 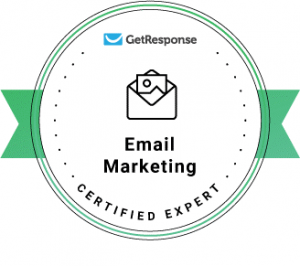